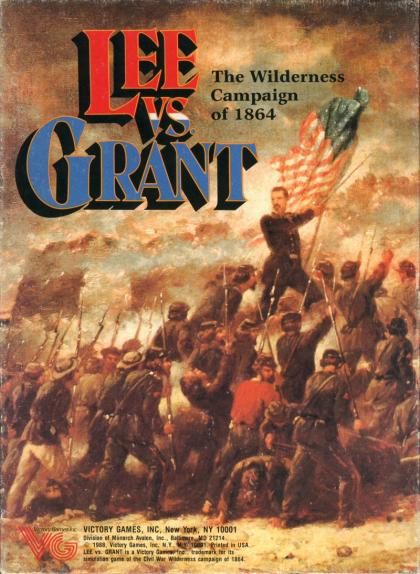 This game simulates the decisive 1864 spring campaign in Virginia during the American Civil War, nicknamed The Wilderness Campaign.

Players control the Union and Confederate armies which took part. The game is played in turns that represent five days. A unit's strength point represents approximately 2,500 men commanded by a leader. The map is a 1:200,000 representation of an area between Fredricksburg and Petersburg.

The game is split into two: Basic and Advanced. The basic game introduces players to the concepts of movement and unit activation. The advanced game adds sea movement, supply, and additional leader rules. Victory conditions depends on the scenario being played.

Lee vs. Grant is arguably the first game in the GCACW series by the same designer albeit from a different (though related) publisher and with a different map art style.