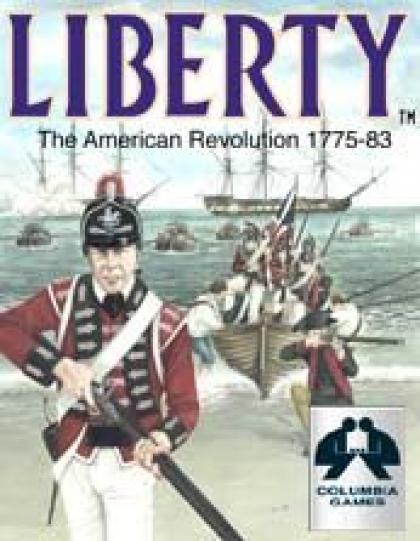 Liberty: The American Revolution is a block game, built on the same foundation as Columbia's much-acclaimed Hammer of the Scots. The card play and wintering rules are similar. The map has switched from area movement to a hex-based map with the traditional movement and terrain rules from other classic Columbia games like Wizard Kings. Leaders, infantry, cavalry, and fleets are all represented.

Liberty is a fast-playing game covering the American Revolution from 1775-1783. British, American, and French forces are included and the role of the Indians and Navies is depicted. The unique problems faced by each side become clear in this playable game.