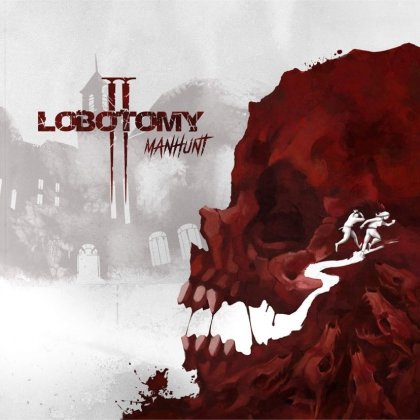 Lobotomy 2: Manhunt is the sequel of Lobotomy.&#10;In this cooperative survival horror board game. Each of you will play as a patient of a mental asylum. The monstrous staff will do everything to keep you in so you will have to use your unexplainable powers to escape. Be sure to find the difference between reality and delusions before it is too late.&#10;&#10;Lobotomy 2: Manhunt has greatly improved since last game but still keeps the original Lobotomy spirit and atmosphere. It features:&#10;&#10; modular map with asylum parts and outdoor parts (yes now you can check the asylum's surroundings)&#10; best parts of Lobotomy such as cooldown system and Warden-based timer are still here&#10; streamlined combat, movement and character management&#10; new characters with personal goals&#10; crafting system - improve your weapons and equipment by collecting junk&#10; story-heavy scenarios. With the addition of scenario book game is now more thematic than ever. Explore the board which can expand during the game and hold more secrets and goals &#10; scenarios can be played separately but they have a story continuity. There is also a &quot;Sandbox&quot; mode for an endless replayability (similar to the Lobotomy 1)&#10;&#10;&#10;