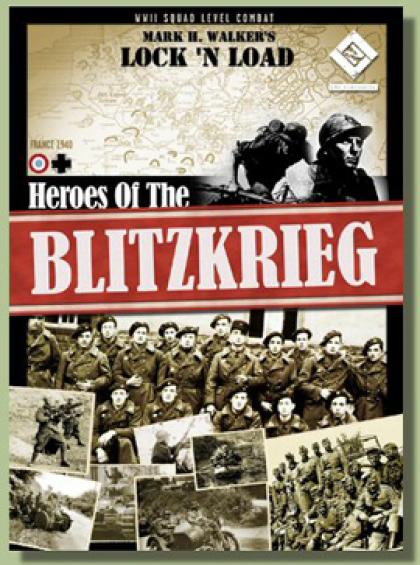 Heroes of the Blitzkrieg relives the desperate struggle for France in May 1940. Play as the Germans, French, and Belgians. Employ cavalry, Char B1 tanks, Germans Panzers, and much more as you re-fight the German invasion of France.

6 geomorphic maps plus a sheet of overlays.
Over 420 counters, representing the men and equipment
16 scenarios
16 New Skill Cards, providing Leaders and Heroes with special abilities.
Complete V3 LnL Rules, plus the Heroes of the Blitzkrieg specific rules.
Player's aid charts. dice, and box.

This game is no longer available and can be found in Lock 'n Load Tactical: Heroes in Defiance