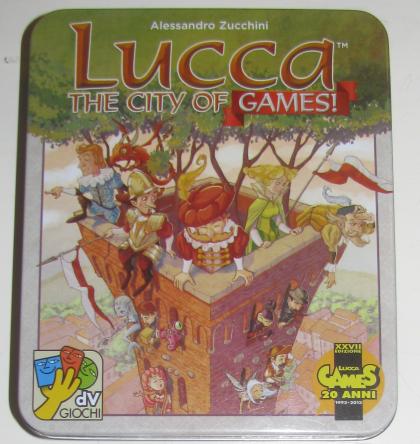 Lucca the City of Games

In Lucca, even during the Renaissance the great families were already devoted to games!
They challenged each other in the construction of the finest palaces as well as the greatest monument and symbol of the city: the walls!
Can your family construct these majestic bastions and claim the golden keys of Lucca, the City of Games?

Differences between this game and Lucca Città are as follows:

- different artwork and different setting (the player are now guilds of players, in the early version they was palace constructors);

- some minor changes in the rules (e.g. the last players now may choose between two card sets; in the first version, he had no choice);

- there are now rules also for 2 players.