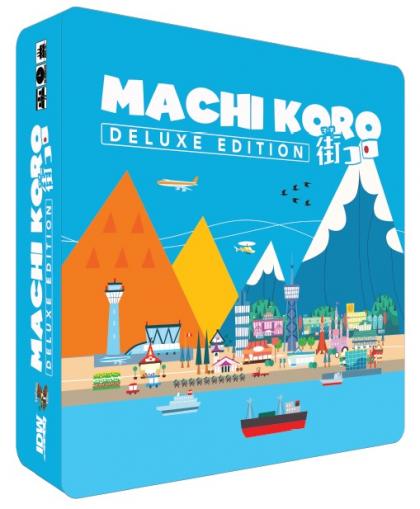 Machi Koro: Deluxe Edition is a game for 2-5 players in which each player develop the city on his own in order to complete all of the landmarks under construction faster than his rivals. On his turn, each player rolls one or two dice. If the sum of the dice rolled matches the number of a building that a player owns, he gets the effect of that building. The first player to construct all of his landmarks wins!