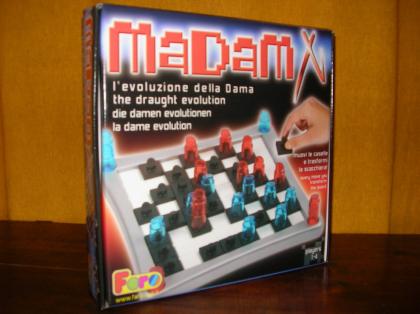 MADAM X
is defined by the publisher as "An earthquake hitting checkers", a game in which also the playing board is modified after each move ..... a revolutionary interpretation of the game of checkers in which the player can move not just the men, but also the black squares : it is the X move, which gives an always different and unpredictable appearance to the board.