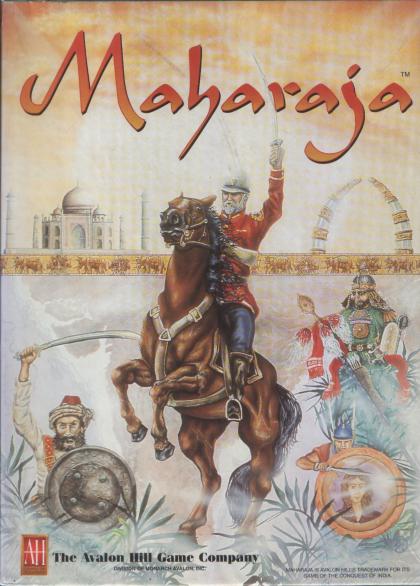 Based on the highly successful Britannia, which dealt with the migrations of peoples
into the British Isles from the Romans to the Normans, Maharaja employs much
the same system, transferred to a different geography and time period. The map depicts
the Indian sub-continent from the foothills of the Himalayas to the island of Sri Lanka
(aka Ceylon, Serendib). The time period covered runs from the Aryan invasions of 1500
BC to the establishment of the British Raj in the mid-1800s.

Re-published in French as Maharadjah by Descartes (with new box cover).