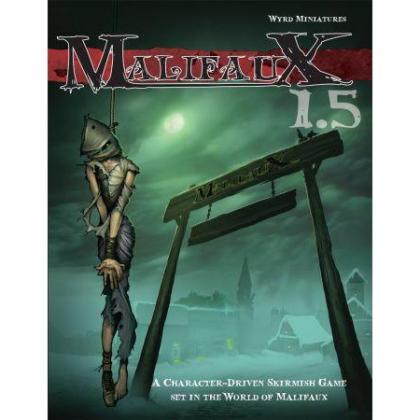 Malifaux is a skirmish miniature game in a horror/steampunk setting.
Each player builds a force of 5-7 figures from a faction to battle it out. A force is composed of minions and at least one master.

Malifaux involves elements of resource management as hands of cards are used instead of dice to resolve skill checks.
Each check involves drawing a card from a deck and adding it to a figure's statistic. Players can then use cards from
their hands to raise the value. The highest value in an opposed check wins.

The turn system is integrated, with each player alternating turns between model activations.