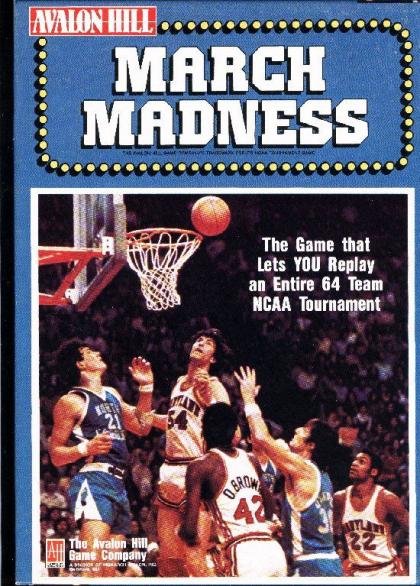 Two players can re-play a college basketball game between two great Final Four teams of the past 40 years. If there are more players, they can re-play a favorite Final Four, or create a whole bracket of 64 teams and play their own great teams tournament. There is a card for each team with it's vital historical statistics from the particular year they made the Final Four. A number of dice are rolled to determine if there is a scoring resolution to be resolved between one of the opposing six positions on the team. If there is no resolution to be determined, the player rolling the dice can place a card from his hand on one of the un-resolved positions to influence it's scoring ability.