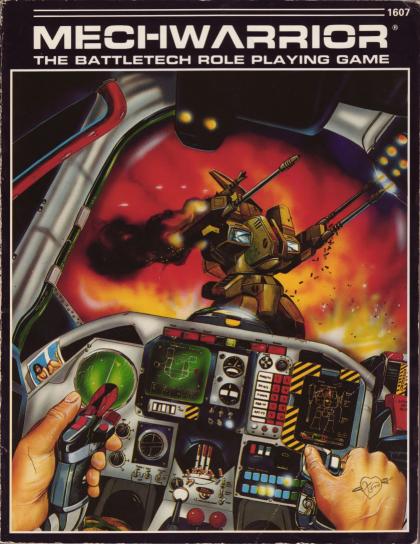 This book has the first set of rules developed for playing an ongoing character in the Battletech universe. The game system include point based character generation, with points allocated to four attributes (body, dexterity, learning ability and charisma) and to skills. The default assumption is that characters are 'Mech pilots, but Techs, Aerospace Fighter Pilots, and Scouts can also be played.

In addition to the rules detailing individual character play, the book also has a good deal of background on the Battletech Universe, and describes new equipment and 'Mechs.