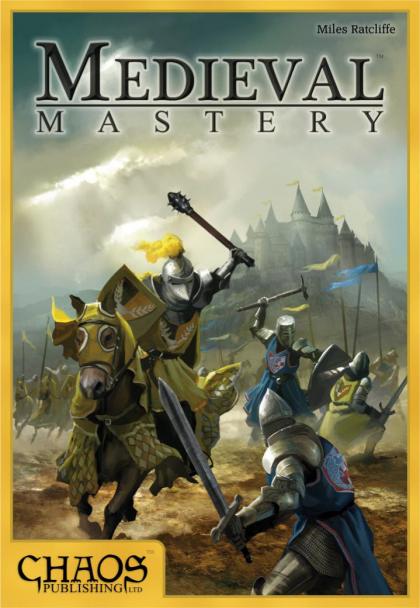 Medieval Mastery is a board game of tactical conquest based on the feudal system that existed in Europe throughout the Middle Ages. Set in France, during a time of turmoil, each player assumes the role of a provincial lord as the country erupts into a war of succession. Send your brave knights forth to conquer the surrounding lands in an all-out struggle to claim the throne!

Medieval Mastery incorporates area control, hand management and modular board design as well as variable player powers and phase order. The rules include alternate gameplay variations. This, coupled with a modular game board and a random combination of crowns, orbs and sceptres, means that no two games will ever be the same! In addition, the number of components included allows for up to three games of varying sizes to be played simultaneously!