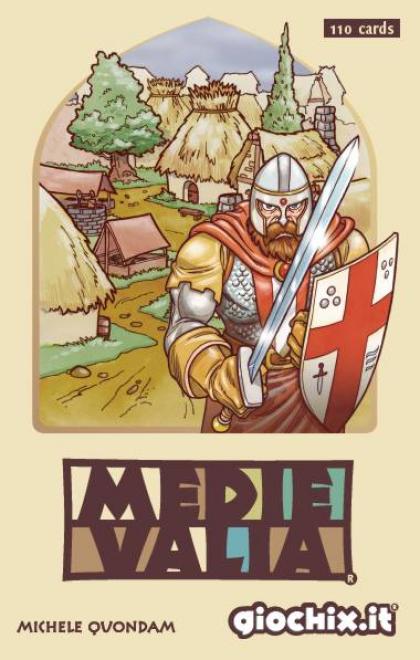 You have won the just reward after 10 years of service and battles fought on behalf of the King, and you have become Lord of a Fief! And what a Fief!!! ... an uncultivated land piece with a village of wanderers! And as if it was not enough, the neighboring Fiefs have been granted to your worst adversaries, who will not hesitate to try to kill you! Maybe it is not a reward, but a punishment?

Medievalia is a strategic game where each player represents a Feudal Lord trying to prevail over his neighbors.
During the first phases of the game the players develop their Fief by increasing the number of cultivated fields and the population. Subsequently, they will begin constructing buildings, specializing the population in several professions and abilities, and then they will start creating their army. All these operations are performed in the same way: the player puts in the cards from his own hand. Every card that comes in play costs a certain amount of resources and it can produce a certain amount of resources. Producing more resources during the game allows playing more and more powerful cards and provides more maneuverability.