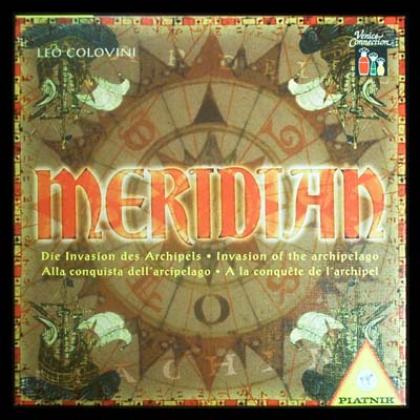 After years of negotiations, Queen Wu Wei has at last decided to let some of the powerful European commercial companies establish garrisoned trading posts in the rich cities of the Southern Archipelago, but only on condition that they submit to certain curious rules she has devised. In the game the players personify these companies and compete with each other in setting up garrisons (marked by towers of various heights) in the most desirable locations of the archipelago, while at the same time observing the wily Queen’s rules. Your aim is to take over islands by establishing more garrison in their cities than your opponents. But watch out! During play garrisons may be forcibly displaced!