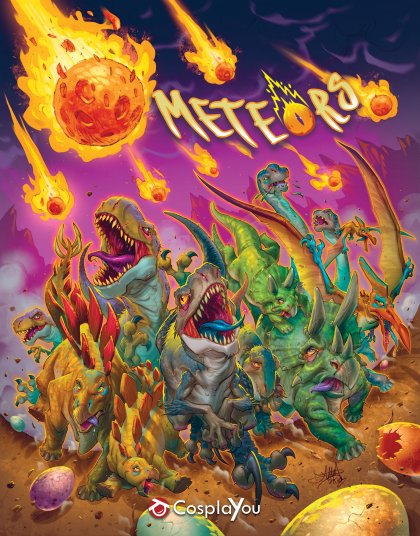 Run! Meteors are falling from the sky!! In Meteor Escape you play cards simultaneously to form your herd of dinosaurs. During each turn, based on the card you played you perform a different action such as shooting meteors and make cubs before the extinction.&#10;&#10;Shoot the meteor ball in crazy ways determined by the last dinosaur card in play; you will physically launch the ball on the game box trying to extinguish the most dinosaurs of the main herd. But beware the increasing level of the oceans, how much risks are you willing to take?&#10;&#10;The game ends after 6 turns, the player with the most points is the winner.&#10;&#10;Make the most from your herd and perform great shots to become the jurassic king!&#10;&#10;