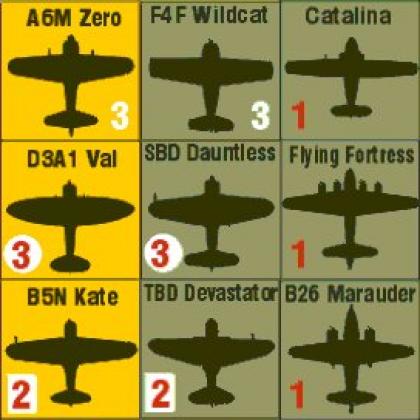 “Historical simulation of the WWII battle of Midway. Two player set piece Dice game. One player is the Japanese, the other is the Americans. Flowcharts are used instead of Maps.”

The object of the game is to destroy all of the opponent’s carriers.