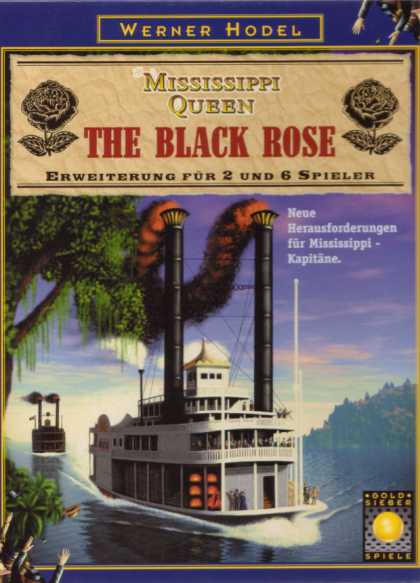 The Black Rose is an expansion for the Mississippi Queen game. It adds several new river sections with three new terrain features: sand bars, floating logs, and coal refueling stations. The first two are new hazards which slow paddle-boats down which enter (or are pushed into) those hexes. The last one is a location at which paddle-boats can dock to refill their coal.

Also adds a sixth paddle-boat (so that six people can now play), a second red paddle-boat (used in two-player games) and the "Black Rose": a black paddle-wheeler that is controlled by whichever player is currently in last place. This boat does not require any coal and can be used to hamper opponents in the lead.

Contains new rules and variants, including rules for two players.