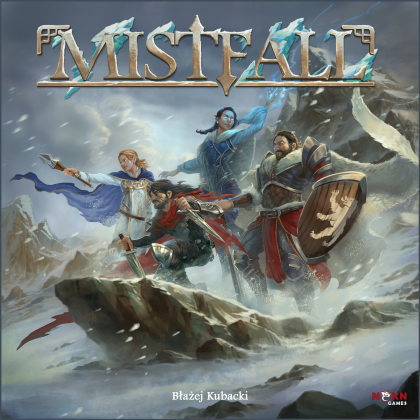 Mistfall is a fully co-operative adventure game set in a fantasy world of mystery, eldritch powers and high adventure.

At the start of the game each player chooses a hero with a fixed deck of equipment and power cards, before embarking on a dangerous journey through a set of monster-ridden locations. Each hero also comes with a pool of advanced abilities that can be added to their basic deck during the game to customize and expand their powers. A variable board setup, randomized encounters and enemies, a simple but robust monster AI – all that makes for a game that is a varied and challenging experience both solitaire as well as with a group of up to three friends.

Gather up your resolve, check your gear and get ready to brave the unrelenting Mists. A world of perilous adventures awaits!