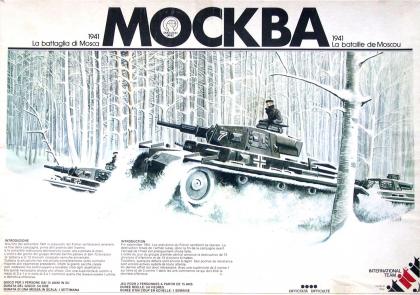 To the end of September 1941 the forecasts of the Fuhrer seemed to come true: the end of the campaign, before the advent of the winter and the complete destruction of the
Russian army, it was to capacity of hands.
The armed order of the day of the group center very spoke 73 divisions about infantry and 13 destroyed enemy armored divisions.However the situation was not still completely under control regarding the previous experiences, in fact the great created bags did not yield but they continued to
resist beyond every expectation.A last effort was therefore necessary.With a superiority of men and means of 2 to 1 and in sky of 3 to 1 that one began that had to be the last and definitive offensive...