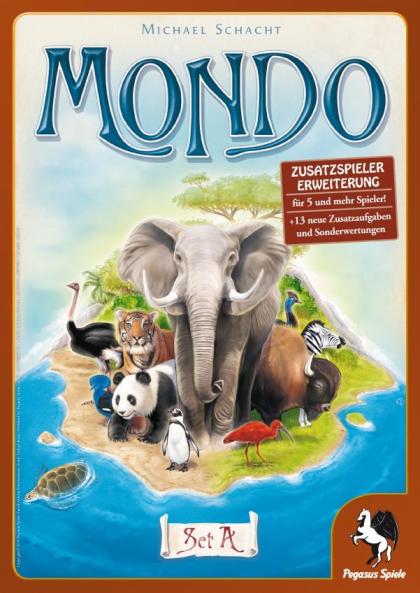 Mondo: Zusatzspieler Pack A is one of two expansion packs for Michael Schacht's Mondo released in late 2011. Each pack includes a double-sided game board that allows an additional player to be added to the game. The pack also includes new land tiles (identical in sets A and B), new scoring methods and new challenges to complete (both unique to pack A).

By combining packs A and B, up to six players can compete in Mondo – and theoretically the number of players is unlimited if you add an equally unlimited number of packs.