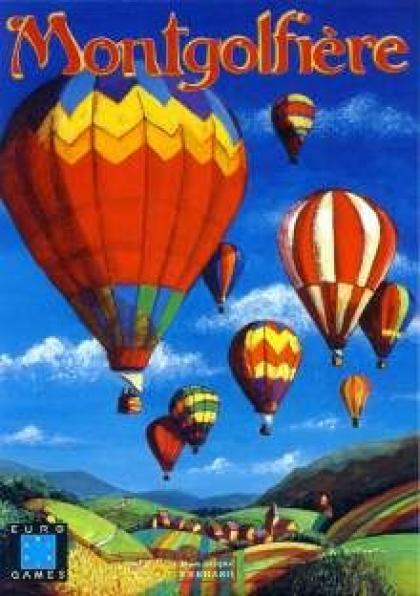 Each player tries to fly his balloon as high as possible. For this, he is equipped with ballast which can be dumped at the right opportunity, grappling hooks for linking to other balloons, soporific gas for knocking out balloons below, and a super motor. Players can also use tempest cards to reverse the game play.

Extrapolated From Balloning Games: Each player starts with an identical set of cards, chooses a random subset and adds one card each turn. The higher the card played, the more likely one is to move up, but there are other interesting plays such as grappling onto another balloon, using soporific gas on lower balloons or storms which defeat the leaders. It can be especially interesting to compete against the non-player Black Baron who has been known to win the game from time to time, even playing randomly.