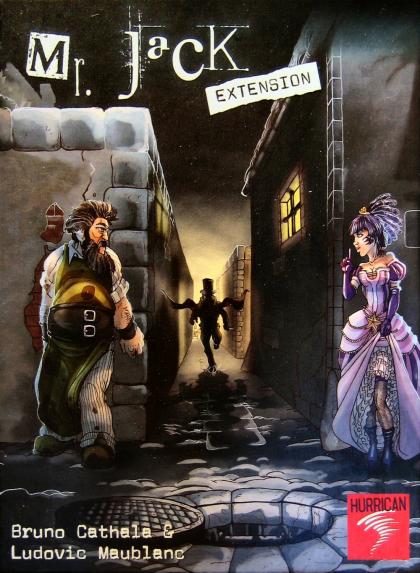 A contest got the designers of Mr. Jack 137 ideas for new characters. Out of those 137 two were chosen:

Steve McKeogh's “Spring-Heeled Man” who can jump over other people or obstacles
Arnaud Fillon's “Abberline”, an inspector

The expansion contains these 2 new characters and 3 others designed by Bruno Cathala and Ludovic Maublanc:

John Pizer, a butcher who frightens everyone
Joseph Lane, an anarchist who builds barricades
Madame, who can move fast, but won't enter the sewers

Furthermore, the expansion contains rules for a new way to set up the game.

Mr. Jack is exclusively published by Hurrican, all printings of Mr. Jack are from Hurrican and distributed by other companies