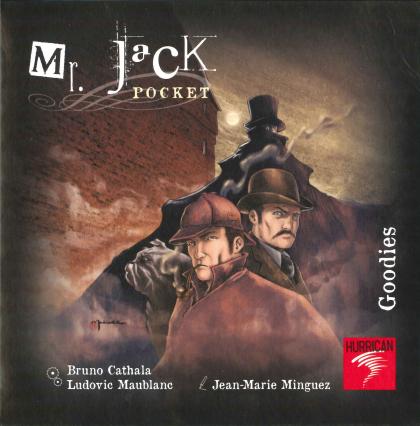 Mr. Jack Pocket: Goodies, a mini-expansion for Mr. Jack Pocket that debuted at the 2011 Jugar x Jugar Game Fair in Granollers, consists of a new suspect character (James Maybrick) along with a corresponding alibi card and street tile. James Maybrick can replace any other character in the game, which is played with the same rules as before.