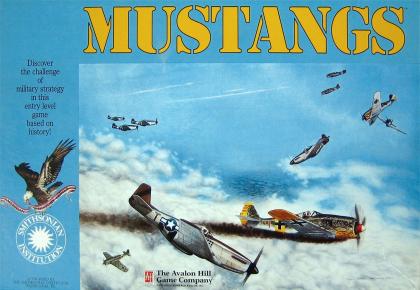 This game is about dogfights between fighters in WW2 using a very abstracted and simplified method to "simulate" flying. The game is played in a number of impulses, with faster planes getting to move more often. A maneuver can take several impulses to complete and is marked with a maneuver marker in the hex that shows the plane's final position. The object is simply to shoot the other players down before they shoot you down.

The basic game is relatively simple and pays some attention to realism (e.g., it has a unique system of simulating different maneuvers). Some attempt was made with additional rules to attempt to add some sense of "realism" (with added complexity): ammo and fuel limits, critical hits, pilot quality, spotting, multiple planes on each side, etc.