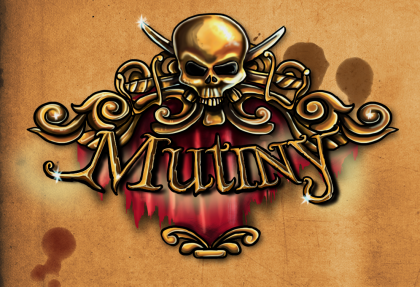 The goal of Mutiny is to stay alive while eliminating your opponents. Keeping your allies safe is also a good idea. But... better them than you right? You’re a pirate after all!

Players are given role cards to determine their allegiance and who they will play as for the game. Players can be divided into 3 groups, Traitors, Loyal shipmates and the captain.

Traitors try to eliminate the captain, who is known by everyone, and the loyal mates while the shipmates try to defend the captain and kill all the traitors. The captain's goal is simply to stay alive, but since he's the only one oblivious to the other players loyalty, it can be harder than it looks.

The two main groups will then decide, one after the other, which meal they want to poison and once this is done the round can start. One after the other, players will switch their meals with one another. Once everyone did their action, everyone will reveal their meal card. Those who have been poisoned are removed from the game and those who survive continue to the next round.

This goes on until every traitors or mates has died or until the Captain dies.