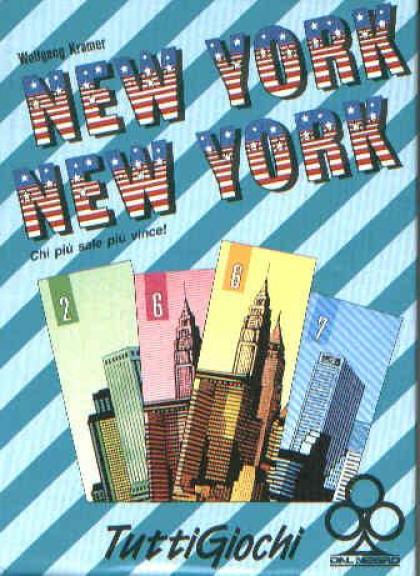 A tile-laying game of sorts, though it could be seen as a card game, it’s just that the “cards” are narrow, tall, and almost impossible to shuffle as they’re backed by heavy card. The object of the game is to build up the New York skyline, consisting of twelve numbered sections. Each section has four pieces, one in each colour - 48 tiles in all. Each player has a colour for which they will score. You start with a hand of six tiles, a “draw pool” of six face-up, and the rest face-down. On your turn; you lay a tile, you replace from the draw pool, you replenish the draw pool. The game continues until all the tiles are laid; though you can stop laying tiles if you want (to “protect” some of your own colours on show), but once you’ve stopped, that’s it, and other players can still lay theirs. At the end, you score for any face-up tile of your colour, with bonuses for getting tiles adjacent.