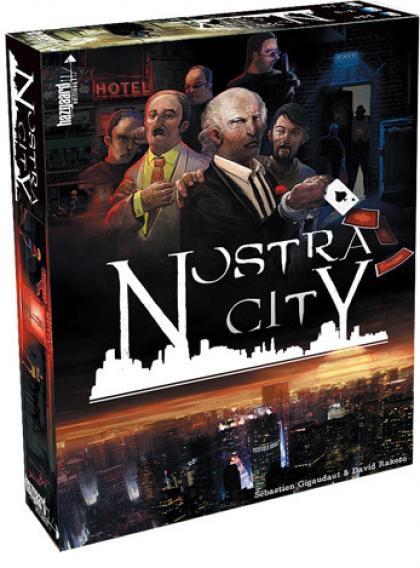 War rages between organized crime and the Feds. After years of procedure, surveillance and undercover work, Johnny Gota, the Godfather of the biggest crime syndicate in the “Big Apple” has been arrested and faces 246 charges ranging from simple extortion to homicide.

After what promises to be an explosive trial, the Don will probably end up in a locked subterranean cell for 23 hours a day for the rest of his life.

He's made it known to his faithful lieutenants that if he gets off scot-free, he'll retire and leave his place to whoever takes the best care of the Family's business while he is away...

For the Made Men, the message is clear: corrupting the jury, bumping off witnesses, and bribery will decide the verdict of the trial! Not only that, the race for honor has also begun!

But to some, power isn't earned – it's taken!

The players play the role of the Boss' lieutenants, who are supposed to manage the Family's business and plot to get their leader cleared. But turncoats hide among them, people who want the Boss to be found guilty just so that they can lay claim to the Family by force, or because it's their job as undercover FBI agents!

Nostra City is a fictional-reality game starring a New-York crime syndicate as it appears in Gangster movies: a cruel and violent world where, under the cover of a tradition of silence and loyalty, everything is allowed.