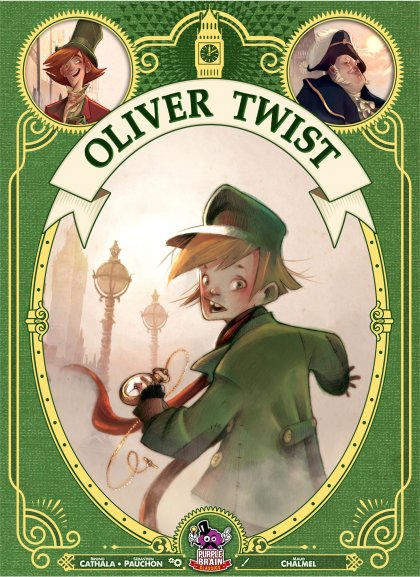 London, 19th century: You are part of a band of street kids in the pay of this old knave known as Fagin. He gives you a little money in exchange for the fruit of your larcenies committed in the streets of London! During the two rounds of the game, day and night, you want to steal as many items as possible in order to resell them to Fagin while avoiding getting yourself noticed by the police. Only the richest child at the end of the game (do not exaggerate) can hope to regain their freedom!&#10;&#10;Oliver Twist is the second volume in PBC's &quot;Classics Series&quot; after Around the World in 80 Days.&#10;&#10;&mdash;description from the publisher&#10;&#10;