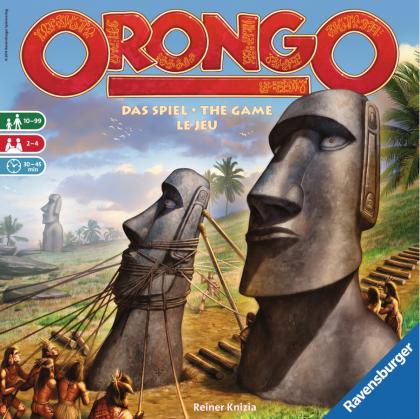 Who can first build his stone statues in Orongo? The players are part of the exciting story of the mysterious Easter Island, far away from civilization in the midst of the harsh Pacific Ocean. During the game, they pay homage to the gods in the Orongo ceremonial grounds and with their help create the giant stone heads that everyone in the modern world recognizes, the still unique to the world moais.

Whoever bids more shells than his opponents will grab the best building sites and the most profitable resources for the construction of the stone colossi. Orongo is an original bidding and building game with simple rules.