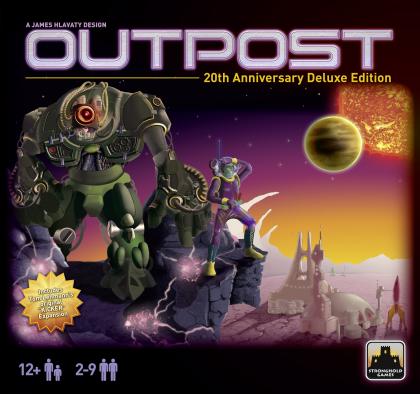 Players compete to build the best outpost. They must build and staff factories to produce resources which are then used to build more factories and purchase any of 13 outpost improvements which give different advantages (ranging from production technologies, resource storage, and increased population maximums to resource producing stations). Improvements are purchased through auctions, and each player may win several per round. There are 3 phases in the game, and with each phase after the first a new set of improvements are available to purchase. Each staffed factory and improvement is worth a certain number of victory points (ranging from 1 pt for an ore factory to 20 points for a moon base) and the first player to reach 75 points wins.

This game's mechanisms were later reused in The Scepter of Zavandor and, to a lesser extent, in Phoenicia.