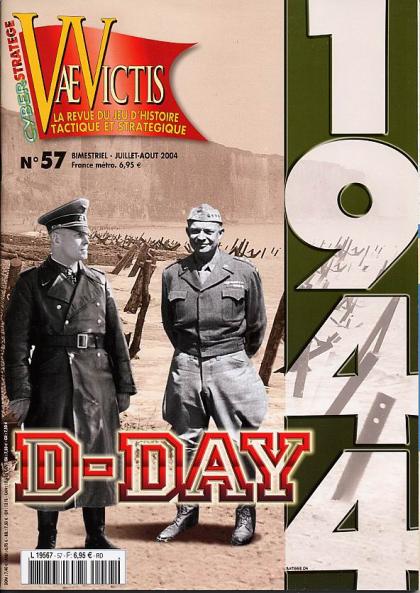 This game covers the first few days of the Normandy campaign, at one day per turn and each counter representing a regiment or less.
It uses a similar system to that which appeared in Ardennes 1944.

This is one of Vae Victis' larger games, with several maps and counters to remove from the pages of the magazine itself, along with the usual number that comes with all VV issues.