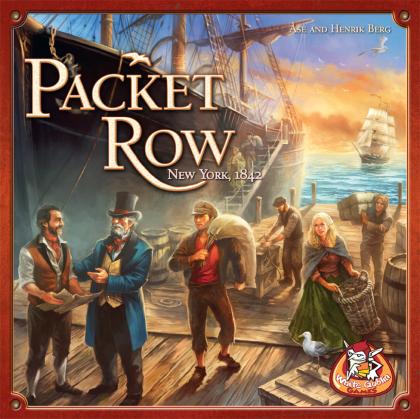 New York, 1842: The docks along South Street bustle with activity. Packet ships are constantly arriving and departing. There are so many packet ships waiting along the docks that the area has become known as the "Packet Row".

In the game Packet Row, each player represents a trading company that's trying to make as much profit as possible on the trans-Atlantic trade. However, having a lot of cash is not enough to win this game. You must spend your money for the benefit of the city at the right time to gain as many victory points as possible.