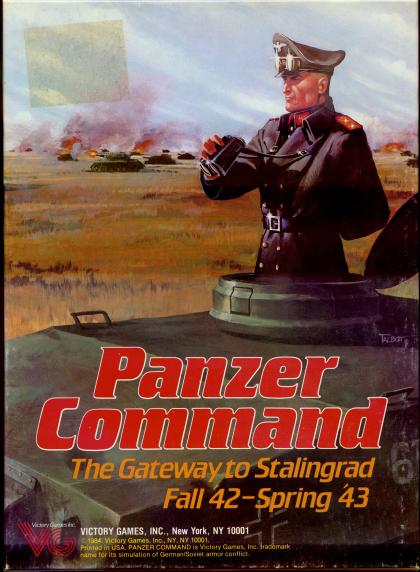 Panzer Command is a tactical level simulation of armored combat, recreating the battles that raged across the steppes of the Soviet Union during the middle years of World War II.

Each of two players commands the 40 to 60 company-sized units of a German armored division or Soviet tank corps, maneuvering forces across treacherous terrain to engage the enemy in a life or death struggle.
The challenge of battlefield command is yours in the thought-provoking, exciting game experience of Panzer Command.