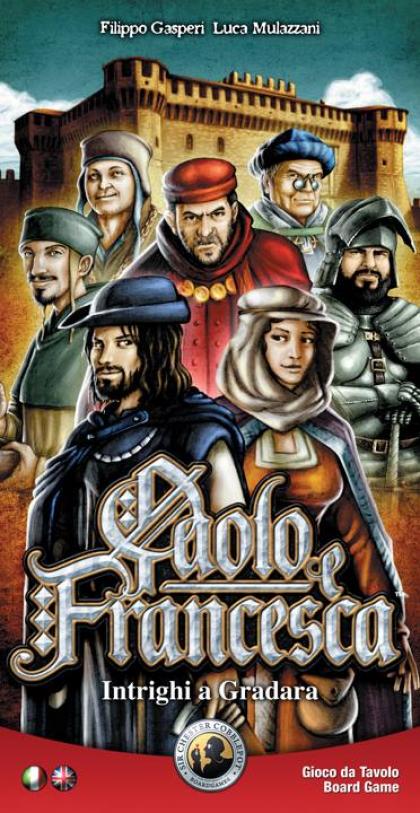 Paolo and Francesca: Intrigues in Gradara

Are you ready to relive an engaging adventure inside the
medieval walls of the ancient town of Gradara? A game for 3,
4, or even 5 players.

Each of you will lead a noble family became prominent
during the Renaissance or late Middle Ages in Italy, struggling
for power and in fight to control the fortified city, famous as
being the location of violent battles and heated rivalry.

You will take control of the most important places of the
town, by influencing the personalities who govern them and
by taking advantage of the secret of the two young lovers...

As an emissary of a noble family at every turn you can visit one of the city's locations to carry out your actions. By bribing you can steal cards from the hands of your opponents. By exercising power, you will instead get the support of a personality and earn victory points: to do this you will need specific cards combinations, or you can bluff and pretend to have them...

In this power struggle everything is lecit: finding legal quibbles with the pettifogger will force your opponents to change strategy, and if things go wrong you can always hire an assassin...

At the end of the game (for rounds or when a player finishes his markers) who has more victory points wins!