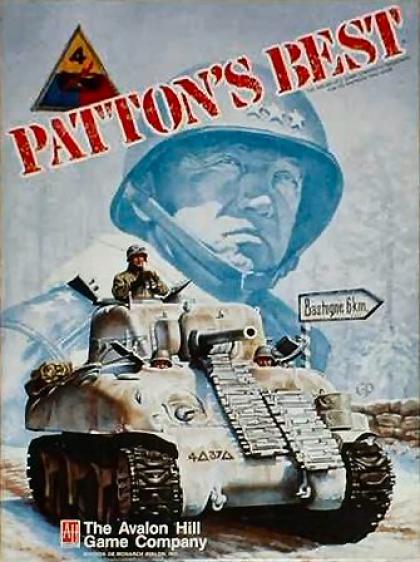 This is a solitaire game involving tank command-- that is you control a Sherman tank (17 variations) and command a crew assigned to the 4th Armored Division as you move out of the "Cobra Breakout" following the Normandy invasion.

You and your tank move into a new territory and deal with German defenses situated in northern France and, as the campaign game goes on, across the Rhine and into Germany. You will need to make life and death decisions in managing your crew's actions, your tank's facing, and attempt to take out enemy forces without losing your tank (which is extremely challenging). The combat system utilizes an "area map" for the larger scale movement of your "task force" but then cleverly switches to an abstracted "Battle Board" when contact is made with the enemy. Many time you are ambushed. Sometimes you are the "lead tank" and draw the enemies fire. Other times you may actually have some High Velocity Armor Piercing loaded in your gun when you meet up with that Tiger lurking over the hill...

For those of you who like to role percentile dice --this game's for you!