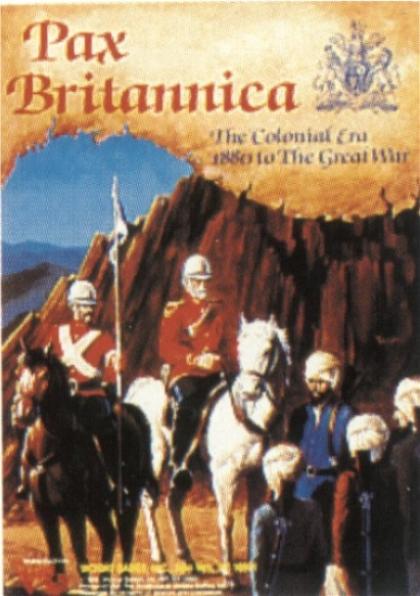 A multi player game of empire, diplomacy, and global confrontation. The Great Powers of Great Britain, France, the US, Germany, Austria-Hungary, Italy, Russia, and Japan vie throughout the world for the wealth and esteem conferred by vast colonial holdings in the far-flung corners of the Earth. Each player maneuvers his administrative and military assets to establish control over the choicest and most strategic areas, keeping a wary eye toward encroaching opponents whose colonial ambitions are every bit as great. Conflict between national wills is more often resolved through peaceful negotiation than through war; but when national honor is too severely tried, war can occur- on a scale that threatens to evolve into the War to End All Wars!