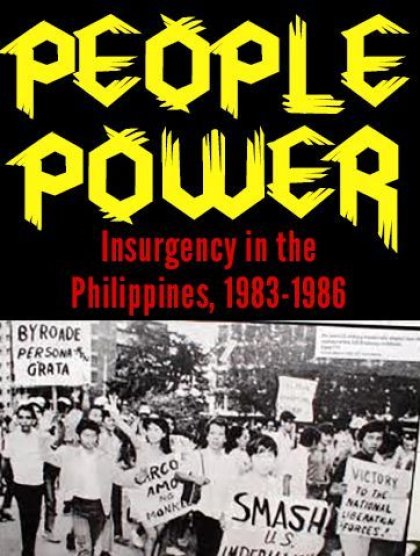 People Power: Insurgency in the Philippines, 1983-1986 is volume XI of the highly-praised and popular COIN series originally designed by Volko Ruhnke. This is one of only two games in the COIN series that feature three separate factions, instead of the customary four.&#10;&#10;The first faction is the Government, symbolized by the personal rule of Ferdinand Marcos, his wife Imelda, and his political cronies and military forces. Second are the Insurgents, split into two blocs &ndash; the communist New People&rsquo;s Army (or NPA) and the Moro National Liberation Front (or MNLF but more commonly referred to as Moros). The NPA sought a national uprising from both the urban and rural populace, while the Moros wanted a separate nation founded on Islamic autonomy. The third and final faction is the non-violent Reformers, embodied by Aquino&rsquo;s widow, Corazon. She, along with her allies and supporters in that moment of tragedy, revived a platform of social justice and unrelenting momentum that would irrevocably change the Philippine political landscape immeasurably.&#10;&#10;For players new to the COIN Series, or for those looking to teach the the series to their friends, People Power will serve as an excellent introductory game. It was designed for simplicity and quick play, utilizing many of the basic COIN Series mechanics. The 22&quot; x 17&quot; map aids in introducing the game to a new player, as it presents only two types of terrain - Cities and Countrysides (where the latter amalgamates the rural settings of the island nation as well as much lightly-habitable terrain of jungles and mountains). Don't let the fast play and basic systems fool you, though. There are still plenty of strategic puzzles and inter-player backstabbing to be had! Also, People Power includes a new feature for the COIN Series - a Key Personality mini-hand procedure that represents the effectiveness of various generals and power brokers adding a new dimension to player actions and decisions.&#10;&#10;