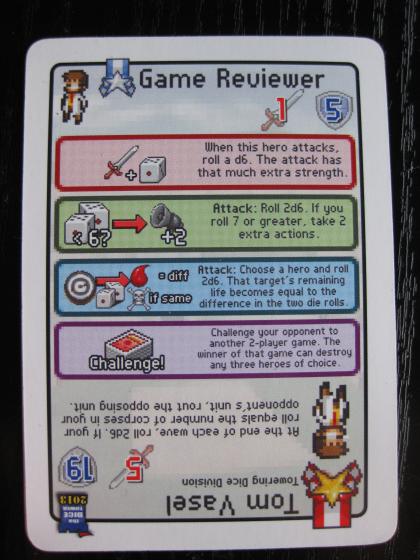 The Game Reviewer/ Tom Vasel brings dice to Pixel Tactics. Depending how the card is played, the card has the ability to add 1d6 to attacks, give 2 extra actions or reduce a heroe's life to the difference between 2d6. Played as the starting hero (Tom Vasel) there is a chance to rout opposing units.

Finally played as a single time effect, it lets you challenge your opponent to another 2-player game, allowing the winner to destroy three heroes of his choice.