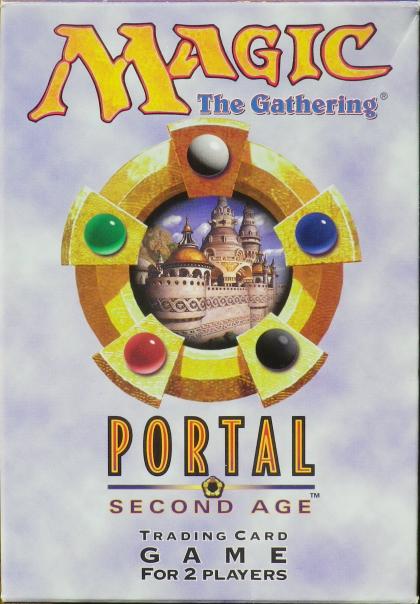 Portal is a 'stripped-down' version of Magic: the Gathering designed to appeal to new players. While the game retained some of the features of the original game, it also removed a number of abilities and interactions deemed too confusing for the novice player. Though a number of the cards in portal were direct counterparts to cards in the regular-run of Magic: the Gathering, gone were named abilities like Trample, Banding, -walk (though Three Kingdoms did add the ability "Horsemanship", which is almost but not quite flying). Additionally, the game cut back on cards that could be played on another player's turn (i.e. instants and interrupts), leading to a greater focus on creatures and not spell interactions to achieve victory.

Portal cards are recognizable from core and expansion sets of Magic: the Gathering by the expansion symbol, as well as a bolder and larger font in the text box, and symbols next to the attack and defense numbers of creatures.

Portal was printed in three editions: