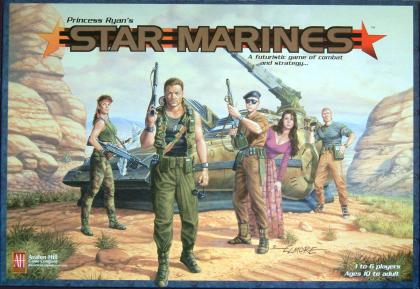 The evil Dar Yamaguchi has kidnapped Princess Ryan and now a third rate group of Star Marines is charged with finding her before she's put to death. The players form a semi-cooperative team that must overcome a steady onslaught of deadly attacks. When the Marines win a contest, the biggest contributor wins the right to rewards, which could help him determine the location of the captive Princess. If the Marines get to the castle in time, the player who determines the correct location of the Princess is dubbed the victor.