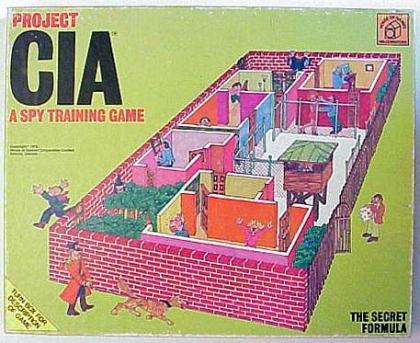 Game 1 of 2 in a series called "Spy Training Games" and issued in 1973 by House of Games Corporation Limited (Bramalea, Ontario, Canada)

There is a clear moving piece representing a security guard that moves around from one room to another room. If a player finds himself inside a room with the security guard, he/she has one turn to exit the room.