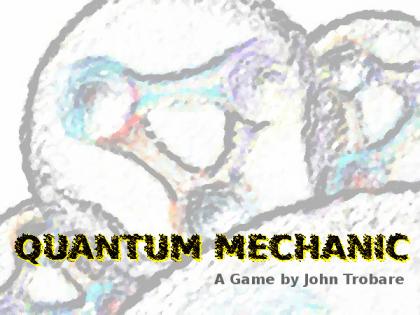 Quantum Mechanic is a game of combining Quarks into elementary particles, and smashing those particles together for points.
QUANTUM MECHANIC RULES SUMMARY:

Setup the game by shuffling the actions deck, which represents actions that you may take in the game and currency that is used to bid on projects and to buy quarks from the commons. Deal six action cards to each player. then shuffle the Projects deck and deal the first three projects to the market. these are the hadrons that players will try to complete throughout the course of the game. Players then take turns bidding on projects that they want to complete, drawing quarks from a bag of plastic colored quark cubes, and smashing those particles together for points. the first player to get to nine points is the winner.