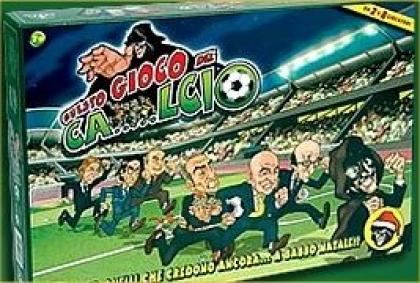 This is an Italian humorous simulation of the Italian football championship. The players are presidents of "minor" football teams and must try to survive to a championship among a lot of misfortunes (such as love affairs with soubrettes and striking players) and in the meantime gain a good placement in the League, major teams not withstanding. Each president buys one or more superstar players and then fields his team to play against other teams. The match is played via dice rolls and adding bonuses and penalties due to coaches, players, referees and event cards. The board is modular so that it may change for every game, and there are many cards, although some have no effect on the game (even though they give a very sharp view of the Italian football championship). A very nice and funny game that cost the developer some legal actions due to real names used in the game itself. In Italian language only.