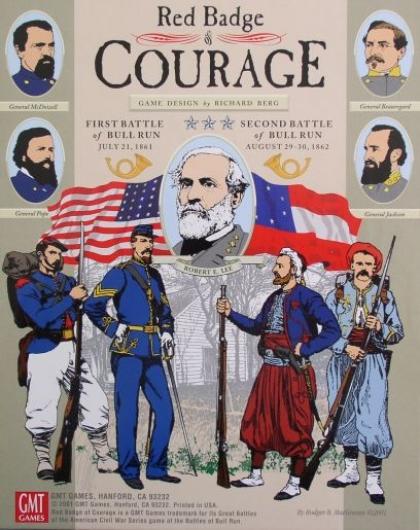 1st Bull Run, the opening battle of the Civil War, features two untrained armies, some exceptional and some truly poor leaders, and one of the best gaming situations in the war. Both sides are as evenly matched as one gets during the war, and there is a constant stream of reinforcement keeping both players in the game up to the end.

Red Badge of Courage uses version 4.3 of the GBACW system, building on lessons learned from the two previous battle games in the series. And the game not only includes the two complete battles, but it has a half dozen smaller scenarios that enable you to play various aspects of the battle in detail, many in a day.