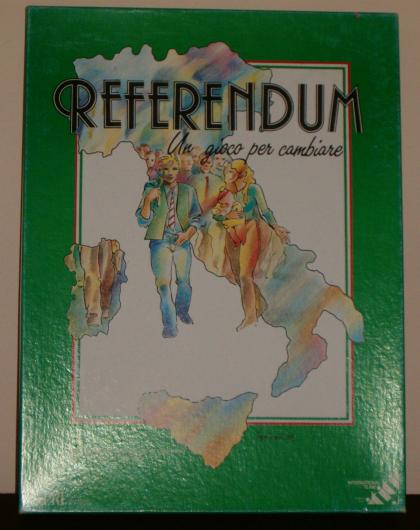 With the use of a die roll to move a pawn on the three routes of the board (local, regional and national), each player representing a social group, tries to establish an organized movement in order to propose a referendum, then tries to collect the necessary signatures and finally attempts to get approval for that referendum from the all of the other players. The first player or group of players who succeeds win the game.