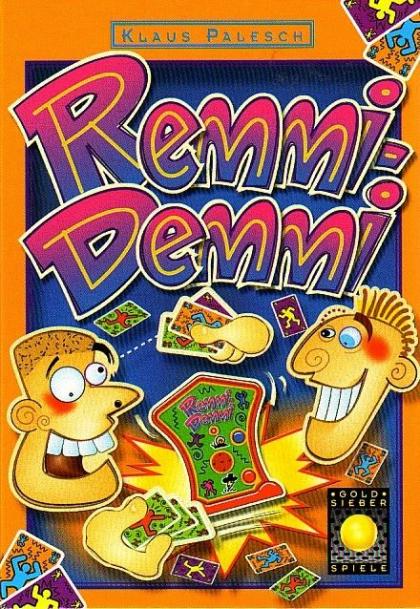 This game is sort of an updated version of the 1904 Parker Brothers classic, Pit. The object of the game is to trade groups of cards to your fellow players in an effort to collect an entire set of cards. However, Remmi Demmi changes the game slightly by adding another characteristic to the cards, so each card can either categorized by color or the position of the figure on the card. The object of the game is still basically the same (collect a full set), but you can either collect figures or colors. In addition, each hand is played with a variable time limit, as the dealer gets to play either a quick hand (he thinks he can get the Remmi quickly), or a longer hand. Either way, the first set (Remmi) gets the most points, with those that follow getting less or none.