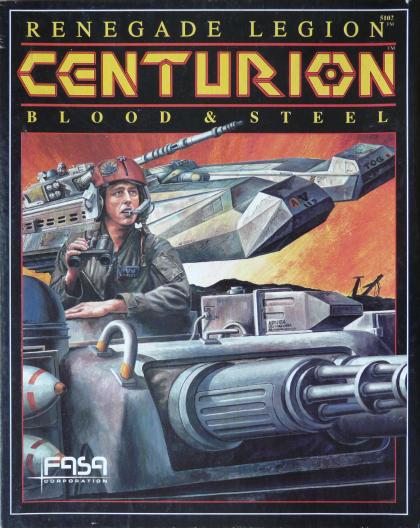 An armored warfare battle game based on the Renegade Legion series from FASA from the Battletech (1st ed) era. Game play bears some similarity to Battletech. The unique part of the game is the damage system where different types of rounds penetrate the tanks' armor differently causing damage indicated by various shapes. The shapes are crossed off a few columns of boxes on the tank's vehicle sheet. Comes with hex paper board and cardboard tanks.

The second edition replaced the fold up cardboard tanks with plastic miniatures.