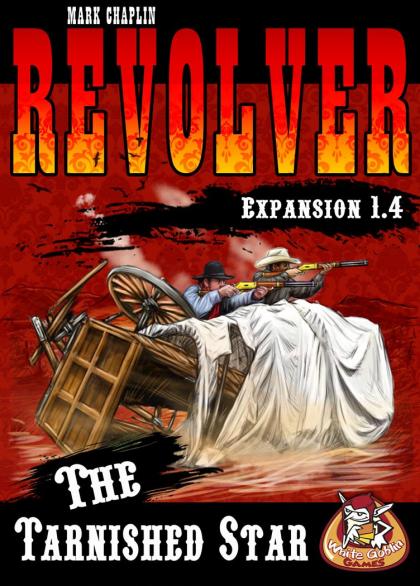 Bad things are going down at Rattlesnake Creek. Decisions taken in the heat of the moment may scar some desperate men for the rest of their wicked lives. When the dust settles, only one side can claim victory. Will it be yours?

Revolver: The Tarnished Star – the fourth in a series of expansions for Revolver – adds an optional "duel" scene at Rattlesnake Creek and an extra decision for the McReady player that may equip the imprisoned Santiago with a hidden weapon. The expansion also adds new cards to the Frontier Deck that was introduced in Revolver Expansion 1.3: Vengeance on the Frontier.

Revolver: The Tarnished Star also includes new cards for both players that give them the opportunity to customize their decks, bringing new variety and replayability to each game.