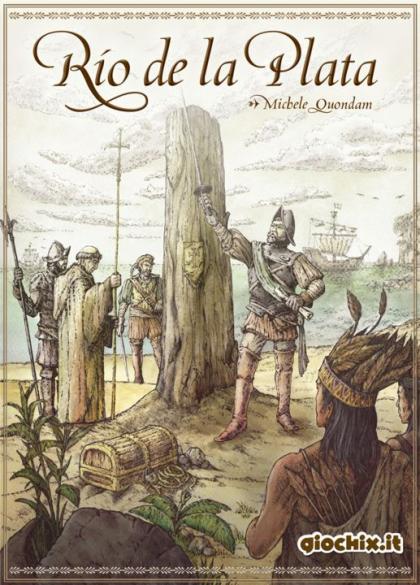 In 1536 Pedro de Mendoza founded the city of Buenos Aires along the river Rio de la Plata. After 5 years the settlers were forced to leave the city, exhausted by the difficulties and by the continuous attacks of the indigenous Querandies. The city was destroyed by the natives some weeks after.

Almost fifty years later Juan de Garay leads a new expedition and founds a new city. As before, resources are low and the natives are angry!
But not only that: now the Corsairs paid by the English Crown threaten the new Spanish settlement!

Rio de la Plata is a strategy game where players represent the chiefs of the families of Spanish settlers of Buenos Aires. They must work together to defend and develop the city, but also look to gain sufficient prestige for themselves to take the most important political offices. At the end only one will be the new Governor! Will it be you?