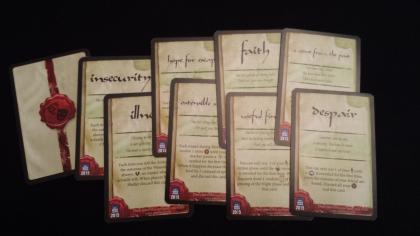 Nine cards to add to your Robinson Crusoe game to make it a bit more challenging. These were originally made available as a Dice Tower 2015 Kickstarter reward.